What to Do with All Those Tomatoes

I seem to have been stockpiling tomatoes. We've been getting them from our CSA box, and the co-worker I split the box with is growing his own tomatoes, so I've been getting all of them. Plus, a neighbor has been giving us some. So, needless to say, we had a lot of tomatoes I had to use up.
I thought it would be a good opportunity to make both salsa and tomato basil (since I have a ton of basil, too) soup.
I made the salsa up as I went. I debated attempting to can the salsa. I'd like to do it sometime, but I just wasn't feeling up to it this past weekend. I ended up freezing two jars of it. I hope it's OK once it's time to have it!
Here's what I used and what I did:
5 tomatoes
1 red onion
1/2 lime
3 cloves garlic
1 jalapeno
2 skinny chili peppers (I don't know what they're called!)
about 1/2 cup cilantro 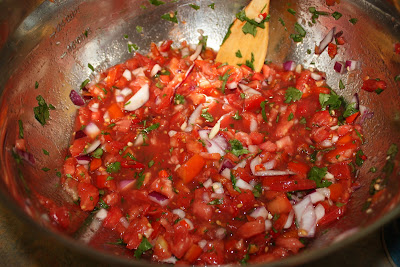 I chopped everything up--other than the lime, I just squeezed that in the bowl--and stirred it all together. that's it! It's a bit spicy. I should have probably just used two peppers, but now I know.
For the soup, Tomato Basil Soup, I followed a Betty Crocker recipe I've made before. Only last time, I used canned tomatoes as it suggests as an easier way to do things. 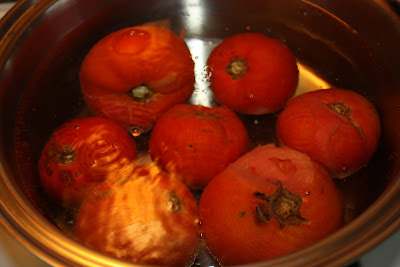 This is the recipe I followed. It seems a bit unusual that it includes carrots, but they give it a good flavor. 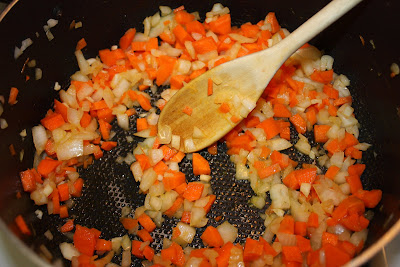 I had to peel the tomatoes before putting them in the soup, which I had never done before. I brought a big pot of water to a boil, dropped in each tomato, and cooked them 5-7 minutes. I took them out with a slotted spoon and let them cool before peeling them. For some of them, the skin came right off. For others, I had to poke the skin with a knife and peel it off. I was supposed to seed the tomatoes, too, but that seemed to be too difficult, and I think the soup turned out just fine.
I stuck it in the freezer right away, since it's not exactly soup season and I figure I'll want to have it more into fall and winter. The taste tests came out pretty good, though! 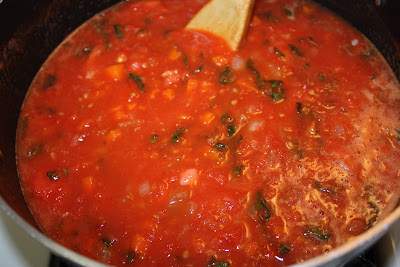