Nate found this recipe through an app, called "What's For Dinner," on his phone. It used two things we had overflowing in our garden--basil and red chiles. 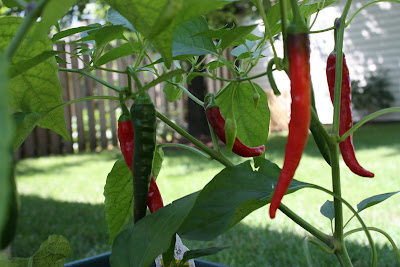 This recipe for Thai Basil Chicken was good. It didn't look nearly like the picture looks, but it was tasty, and we'd make it again.
Here is the recipe. And here is what we did differently:
-Added some additional soy sauce and fish sauce toward the end (we thought it was supposed to be more saucy. Not so, apparently!).
-Use 4 cloves of garlic, not 3 (Nate was the one who primarily made this meal, and he often goes crazy on the garlic).
-We added about 1 cup of chopped orange, red and green bell peppers to get some extra veggies in.
-We didn't scrape out the seeds or membranes from the chiles.
-We ended up chopping the basil, rather than leaving it whole, because the big pieces seemed a bit overwhelming. 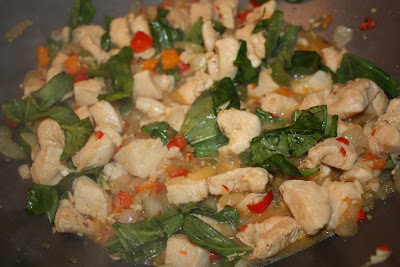 The dish was spicy, but not overly spicy. We served the chicken with a side of pan-roasted potatoes. 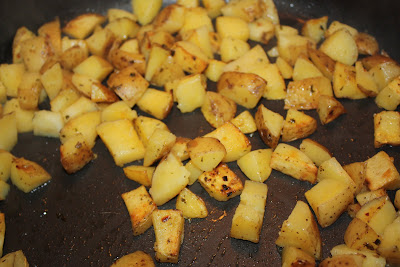 It was kind of a weird choice, but we had them from the CSA and wanted to use them up. Next time, I'd probably make rice with it as it had a bit of liquid to it. 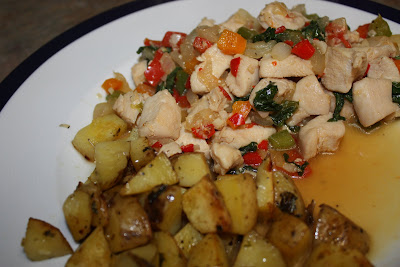