I put "all'amatriciana" in quotes because it wasn't a true sauce, but was pretty similar. The real sauce uses guanciale (or cured pork jowl), pecorino and tomatoes. The only ingredient out of those three we used was the tomato. We subbed prosciutto for the guanciale and didn't use any cheese (looking back, we really should have used some Parmesan).

But let me back up. We've had some lake bass in the freezer since Nate caught it fishing when we were up north last fall. We came across a recipe in an old Cooking Light that called for (sea) bass and this all'amatriciana sauce. 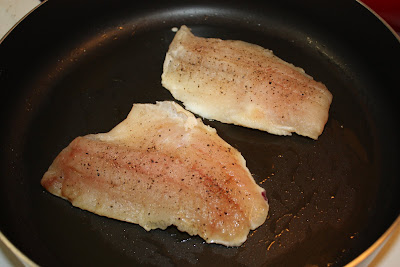 We made it for dinner Saturday night, and it turned out really well. We made a few adjustments-- mostly we used more than the recipe called for! We also decided the sauce would be really good over noodles, or maybe even polenta.

Here is the recipe. We halved the recipe, since we only had two (big!) pieces of fish, and used a little more proscuitto, onions, crushed red pepper and balsamic vinegar than the recipe called for. But that's OK--everything turned out great! 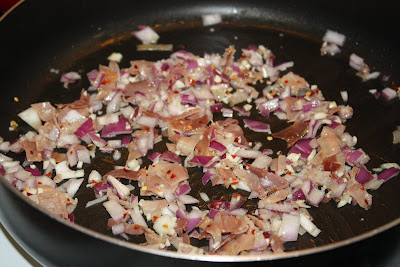 For sides, we made salads and a box of Near East curry pilaf (good stuff!). 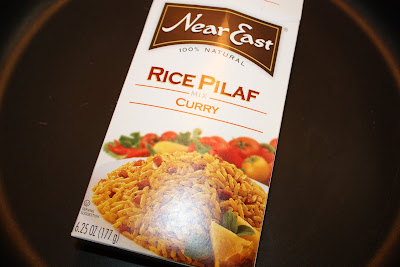 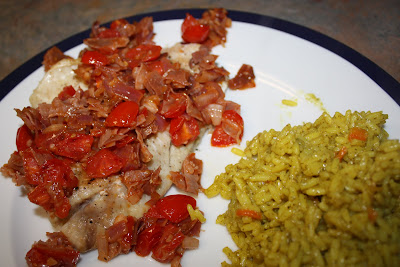