It doesn't seem like something that has beer and cheese as the primary ingredients in it can be considered light, but this Cooking Light version is a great, light version of the soup. I've never made a non-light beer cheese soup, but I have a feeling many versions include a lot of cheese and heavy cream. This recipe uses 2% milk (which I'm glad I used instead of skim) and only 5 oz. of cheese. Despite the "light" ingredients, the soup had a wonderful, full flavor and was very creamy. 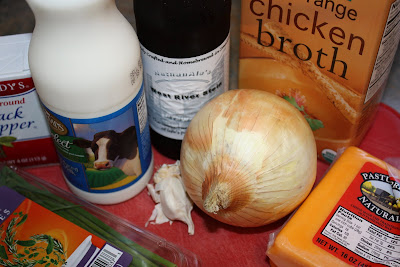 I followed the recipe exactly, except that I used regular sharp cheddar, rather than extra sharp. I think it was fine as it was, but the extra sharp would probably take it to another level. 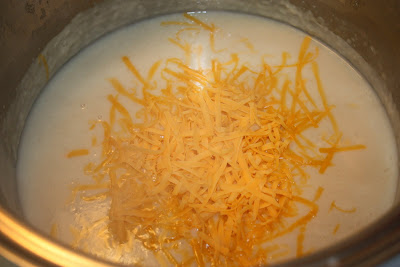 For the beer, we used one of Nate's homebrews, West River (a play on Lakefront's Riverwest Stein). Even though I used chicken broth, as the recipe calls for, you could easily use vegetable broth and make this vegetarian, instead. Next time I made the croutons, I'll probably add some garlic powder or garlic salt to give them some extra flavor. 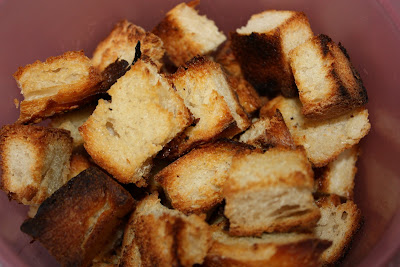 I made the soup on a Sunday afternoon, intending to have it for dinner Monday. When I got home from work on Monday, I put the cooked soup in the crockpot and set it to low for about 2.5 hours. It worked well and was ready to go when we were ready to eat. 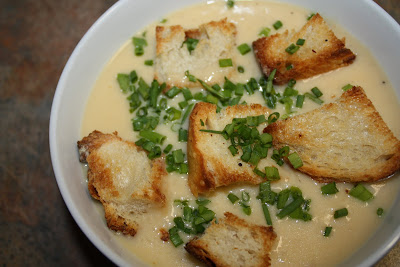