I've only had banh mi once in my life--a few years ago in New York's Chinatown--but I dare say it was the best sandwich I ever had. I was visiting my cousin, Becky--who now lives in Brooklyn--and we traveled to Chinatown for lunch. I can't remember if I had read about banh mi before or if we just stumbled upon a place. But we ended up at Saigon Vietnamese Sandwich Deli. The place was really small--just enough room to order take out and leave--but it was reasonable and super, super tasty. I still remember what we had: Becky ordered the beef lemongrass, and I had the house special, which I believe had Vietnamese salami on it along with another form of pork. It was amazingly delicious. We both still talk about it to this day.

Anyway, I digress. Despite having been to a number of Vietnamese restaurants in the Milwaukee area, I've never had--or seen on the menu--a banh mi. I know they're out there, and after having a homemade version this weekend, I'll definitely be seeking it out. So when I came across a tweet about a food blogger's version of a banh mi--and after looking at the drool-worthy photos--I knew we would be making banh mi for dinner sooner than later. It seems like a lot goes into the recipe, but it was really very simple. 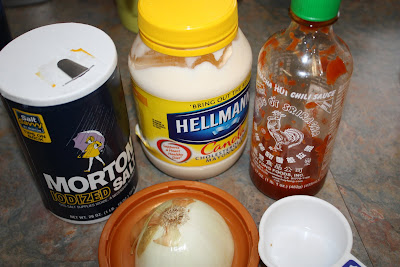 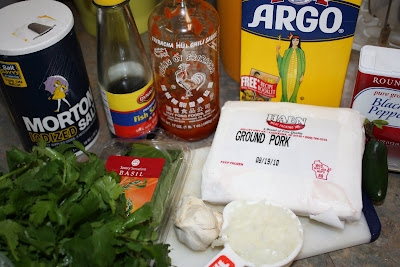 Ashley, of Not Without Salt, recently posted this recipe for banh mi with pork meatballs (just look at those photos!). I followed the recipe exactly (except I just realized now, reading it over again, I forgot to sprinkle rice wine vinegar on the carrots and radish--oops). 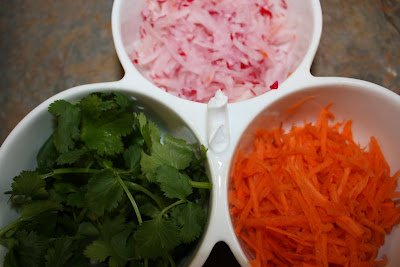 The only thing, is that my meatballs did NOT turn out like hers did. I think the pork I had was really pretty fatty, and browning them in oil on a pan--and adding extra grease--did not help. So, our sandwiches were more like banh mi with ground pork. Nevertheless, the taste was there and was fantastic! 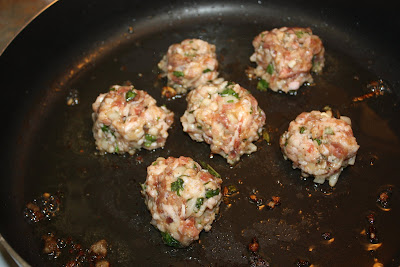 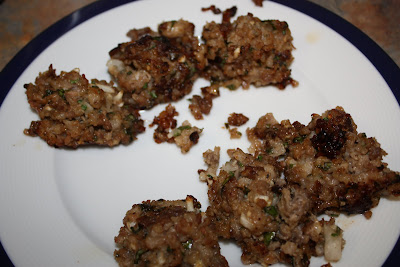 If I made them again (and I'd like to!) I would do two things differently:

The Sriracha mayo served with it was fantastic, and we dipped some of the sweet potatoes we had on the side in the mayo. The next day, we used the mayo mix for a veggie dip. I think we'll be making the mayo again even sooner! 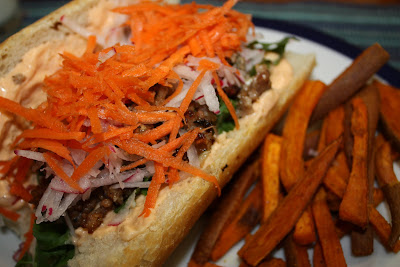