This past month and a half has been a bit crazy. I started a new job about two and a half months ago, and while I'm really, really enjoying it, it's busier, faster-paced and has a bigger workload than I was used to. So, I've been coming home quite tired and not really willing to look at a computer screen for any longer.

We have also been lax in cooking interesting and blog-worthy meals. The meals that I've had out, well, frankly, I haven't felt like snapping pictures -- or my battery ran out, which is what happened at ethnic dining night at G. Mirch Masala, a new Pakistani restaurant on the northside (get there -- it's REALLY good!).

Plus, I recently took a girls' trip to Las Vegas, so there was no cooking being done right before the trip or right after. However, I will let you feast your eyes on some of the food we ate while we were there.

But, enough excuses. It makes me sad that I haven't blogged lately, and I've even had a few people ask me about it. So I'm making a promise to you, blog readers, that I will post at least twice a week -- mostly likely Tuesdays and Thursdays, and maybe over the weekend if you're lucky.

So, please keep reading, commenting and trying out the recipes for yourself!

And don't forget the eye candy: 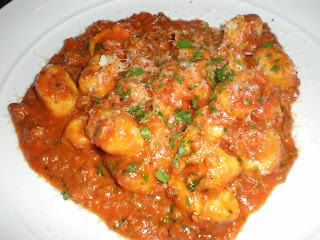 The best burger Ann, my friend and travel buddy, has ever had at Wolfgang Puck's (I tried a bite -- it was DARN tasty!) 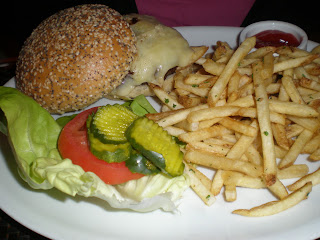 The LEO omlette (lox, eggs and caramelized onions) and roasted potatoes at Serendipity 3 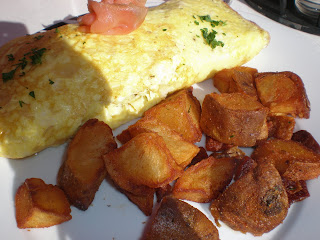 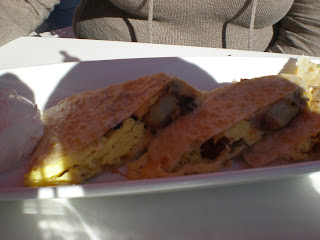